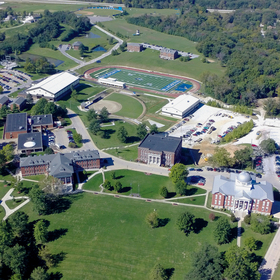 Looking to get your undergraduate degree from a great college or university? Located in Canton, Missouri, Culver-Stockton College offers many different degree programs and a great academic experience. Find out more today!

Looking to get your undergraduate degree from a great college or university? Located in Canton, Missouri, Culver-Stockton College offers many different degree programs and a great academic experience. Find out more today!

Local students cast in Culver-Stockton's Annual Guest Artist Production
Culver-Stockton College is continuing the tradition of bringing a professional actor to campus to share the stage with students in the 27th Annual Guest Artist Production.The guest artist this year is Mercy Malick. She will appear with performing arts majors as Lois in "Wonder of the World" by David Lindsay-Abaire, directed by Dr. Haidee Heaton. The performance will run April 11-13 at 7:30 p.m. in the Mabee Little Theatre, with a Sunday afternoon matinee at 3 p.m., April 14. "Wonder of the World" is a comedy involving a newly married woman who thinks she has discovered something drastic about her new husband. The play is set in the "honeymoon capital of the world," Niagra Falls, and is filled with kooky characters and unusual situations. This production contains adult situations and strong language. Parental discretion is advised.
JE
CD
TM
RW 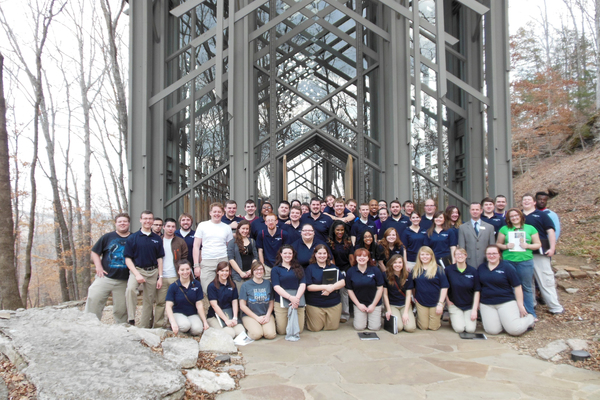 Local Students Travel to New Orleans With Culver-Stockton College's Spring Music Tour
Continuing a spring tour tradition that spans more than 60 years, the Culver-Stockton College Concert and Chamber Choirs, as well as the Wind and Jazz Ensembles traveled throughout Missouri, Arkansas and Louisiana Wednesday, Feb. 27 through Tuesday, March 5 for a series of concert performances.

Local students to showcase art in Senior Art Show at Culver-Stockton College
Senior art students will be displaying the culmination of four years of work during the annual Senior Art Show, March 16 -30 in the Mabee Art Gallery, located in the Herrick Foundation Center. A reception will be held March 16 at 7 p.m., with a gallery talk by the artists at 7:30 p.m. Sevent students will be exhibiting their work. Displaying in the art show is part of the senior capstone experience at Culver-Stockton. Students showing include:

Drama, Artistic, or Musical Achievement - 2013 Jan 10
Annual Student-Directed One-Acts at Culver-Stockton College
Culver-Stockton is hosting "A Weekend of One-Acts," Dec. 8 and 9 in the Mabee Black Box Theatre, located in the Robert W. Brown Performing Arts Center. For the "One-Acts," upper-class students in Culver-Stockton College's drama program take the director's chair to examine plays at the edge of dramatic expression. This is a Culver-Stockton tradition, dating back to the 1930's when students competed for the Mahan Awards. Though students no longer compete for a winner, the tradition of the student-directed plays lives on. As part of experiential learning at C-SC, the eight students will take responsibility for all aspects of the show as each chooses a play, casts performers and crew and takes charge of directing and producing his or her chosen work.
JD
TM
CD
KH

Culver-Stockton's Fall Theatre Production, Diary of Anne Frank, to Feature Local Students
The Culver-Stockton College Division of Fine Arts presents theatre classic, The Diary of Anne Frank, in the Mabee Black Box Theatre, running Nov.1 - 3 at 7:30 p.m. with a Sunday matinee, Nov. 4 at 3 p.m. Delving deep into the honor and integrity of a human spirit that cannot be compromised even in the face of danger, the play is based on the tragic real-life story of a young Jewish girl and her family living in hiding from evil forces in a war that ultimately exterminates them. The original play by Frances Goodrich and Albert Hackett is presented as newly adapted by Wendy Kesselman and is appropriate for classes studying the Holocaust. This show is directed by Dr. Fonzie Geary, visiting professor of theatre at Culver-Stockton.

Culver-Stockton's Fall Theatre Production to Star Local Students
The C-SC Theatre Department casts light on the nature of compromise in a fall season production of Neil Simon's romantic comedy, Barefoot in the Park (Broadway, 1963). Barefoot is a lighthearted look at the real tension newlyweds face when passionate spontaneity meets tedious responsibility. A dysfunctional walk-up apartment becomes the catalyst for a young couple's post-honeymoon anxiety with hilarious results as they learn that life is a compromise and true love needs its moments of running barefoot in the park.
JE
BB
WJ
WC

Culver-Stockton College theatre presents "Assassins"
Culver-Stockton College theatre students will take the stage March 29, 30 and April 1 for their production of "Assassins." This bold, original, surreal, disturbing, thought-provoking and alarmingly funny production is perhaps the most controversial musical ever written and is rated R for language and adult content. This most American of musicals lays bare the lives of nine individuals who assassinated or tried to assassinate the President of the United States, in a one-act historical "revusical" that explores the dark side of the American experience. From John Wilkes Booth to Lee Harvey Oswald, Stephen Sondheim and John Weidman bend the rules of time and space, taking us on a nightmarish rollercoaster ride in which assassins and would-be assassins from different historical periods meet, interact and in an intense final scene inspire each other to harrowing acts in the name of the American Dream. Cast members for the production include:
JE
BB

C-SC students selected to perform at Missouri Music Educators Convention
Culver-Stockton College will be represented by seven selected students at the annual Missouri Music Educator State Convention in Osage Beach, Mo. The MMEA Convention, to be held Jan. 25-28, brings together music educators from across the state for workshops, performances and other events. In addition, the convention will feature a performance by the Missouri All-Collegiate Band. All-Collegiate band members are selected through a competitive process. Through this process, four Culver-Stockton College students were selected to perform with the ensemble and three students were selected to serve as alternates. "To be selected is one of the highest honors directors can bestow upon college musicians and it is an endorsement of their outstanding musicianship, high personal integrity, and is a positive representation of the school and the students," commented Trent Hollinger, C-SC assistant professor of music. Those students selected to perform include:
LH
DB
CD
HK

Talented students take center stage in "A Weekend of One-Acts" at C-SC
Culver-Stockton College students will take the lead onstage and behind the scenes during "A Weekend of One-Acts." The annual student-led productions will take place Saturday, Dec. 10 through Monday, Dec. 12 in the Mabee Little Theatre inside the Robert W. Brown Performing Arts Center. As part of experiential learning at C-SC, the six students will take responsibility for all aspects of the show as each chooses a play, casts performers and crew and takes charge of directing and producing his or her chosen work. Productions include: "Central Park West", "For Whom the Southern Bell Tolls", "Hotline", "Strawberry Envy", and "Old Storybrook." The productions will feature performances and direction by: